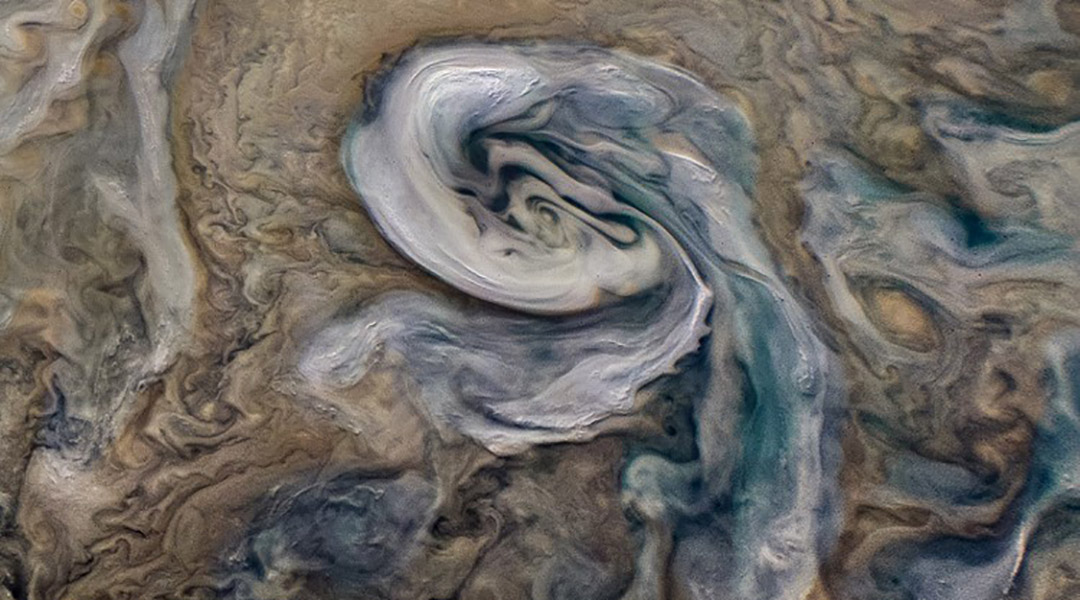 Observations made by NASA’s Juno mission have revealed that Jupiter’s atmosphere is more complex than scientists first anticipated. A new type of “shallow lightening” alongside mushy hailstones of ice and ammonia dubbed “mushballs” was reported by a multi-institutional team led by the NASA Jet Propulsion Laboratory (JPL). The team’s findings were recently reported in the journals JGR Planets and Nature.

The Juno space probe was launched in 2011 and began its orbit in 2016 with the goal of learning more about the giant’s atmospheric composition, gravity and magnetic fields, as well as its magnetosphere.

NASA’s Voyager mission first saw lightning flashes on Jupiter when it passed by the planet in 1979. Since then, scientists have speculated that this lightening was produced during thunderstorms similar to those on Earth, where the storms are driven by the interacting phases of water in regions where solid, liquid, and gas co-exist. According to NASA, this was supported by the fact that fly by missions, like Voyager, had only observed low altitude bright spots on Jupiter’s cloud tops, suggesting that the flashes originated in deep water-based clouds that form around 50 km below the visible surface, where the temperature is close to 0 °C.

Using sensitive instrumentation, Juno was able to detect lightening on the planet’s dark side at high altitude locations which experience low pressure and temperatures — much lower than would allow for all three phases of water to coexist and form a typical terrestrial thunderstorm.

The researchers suggest that gaseous ammonia acts as an anti-freeze in these regions, changing water crystals brought into the upper atmosphere by powerful storms from solid to liquid. These mixtures of ammonia and water result in some unexpected meteorology, by forming the seeds of the slushy ammonia/water hailstones called “mushballs”, which fall toward the planet as they become heavier, and eventually evaporate.

In addition to understanding the driver for Jupiter’s “shallow lightening”, this mechanism helped the team to explain the distribution of ammonia on the planet, which was expected to be well mixed; however, observations showed an abundance of the chemical at the equator, but high variability or depletion elsewhere.

Using an atmospheric mixing model, the team was able to show that the formation of these “mushballs” dry out the deep atmosphere of its ammonia and account for the variations observed by Juno as a function of latitude.

What archaeology of the remote past can tell us about our future under climate change
2019 Journal impact factors are now available
A farewell to our colleague and friend, Jenna Flogeras
Teaching Machines to Think Like Humans