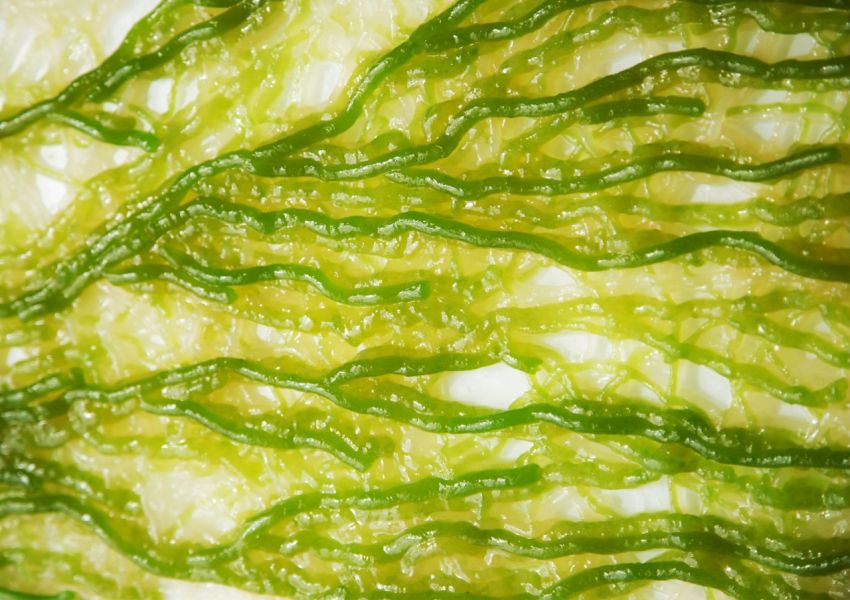 Air pollution and high energy consumption are issues affecting densely populated cities worldwide. The need to develop solutions to curb these banes of urban living have inspired the design of building infrastructure that can react and adapt to changing environmental conditions.

Unlike conventional, static building materials, smart materials possess this dynamic functionality, which can help to increase energy efficiency and support the development of decentralized energy infrastructure. For example, “biohybrid” buildings that incorporate living materials into their architecture have the potential to not only remove carbon dioxide from the air but to serve as a biological source of energy.

The biohybrid building concept is not a new one. The world’s first algae-powered building, Hamburg’s BIQ (“Bio-Intelligent Quotient”) apartment complex, was completed in 2013. Two of the building’s façades are composed of bioreactors that sustain algae growth and photosynthesis, providing heat and hot water to its residents and contributing to significant energy savings (the building’s electricity is not provided by the bioreactors). Moreover, the algae biomass is periodically harvested and converted into methane at a nearby biogas plant.

However, the upfront cost of this bioreactor façade design is high due to the novelty of the technology. Therefore, developing the technology to make it more amenable to scale-up is necessary in order for living architecture to become more widespread.

A potential alternative to the BIQ’s design is to immobilize whole algal cells in a 3D matrix, such as hydrogels, instead of relying on bioreactors to cultivate algae. Using this approach, researchers from University College London have devised a large-scale, robotic printing technique for custom fabrication of alginate‐based hydrogels.

Hydrogels are water-based polymeric materials that can support cell proliferation and have been widely used in biomedical and tissue engineering applications for this reason. Hydrogel scaffolds can be generated through additive manufacturing, which allows for multimaterial, layer-by-layer fabrication on a large scale.

Each hydrogel formulation investigated by the researchers included Chlorella sorokiniana algal cells with different polymers as rheology modifiers and varying water percentages. Based on rheological testing, they determined that the sample containing methylcellulose and carrageenan was the best candidate for extrusion-based printing, where the hydrogel is delivered through a nozzle under applied pressure.

Their custom-built, pneumatic extrusion system can generate different patterns and geometries according to computational simulations, including a 1000 × 500 mm panel having three separate hydrogel layers with different resolutions. Algal cells within the alginate–methylcellulose hydrogel consisting of 85–90% water are able to survive for 21 days after printing, demonstrating that extrusion does not affect cell growth.

Aside from living architecture, these green hydrogels may also find application in bioremediation and wastewater treatment given algae’s absorption capabilities.