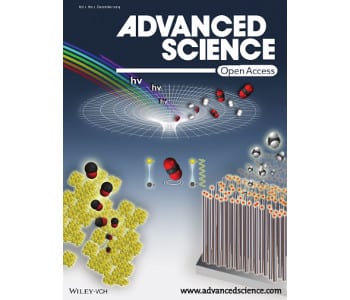 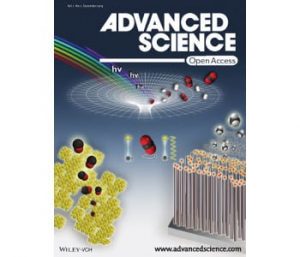 In the world of scientific journals there are Nature and Science, the undisputed elite academic publishers, garnering the lion’s share of the top papers in science, based upon the number of citations of the work published therein and the resulting citation impact of the journals.

Then there are all the other science publications, which according to the editors and peer reviewers of Nature and Science are unable to achieve the scientific novelty, impact, timeliness and technological relevance figure-of-merit demanded by these elite journals and are thereby relegated to journals of lesser repute. I am sure that every reader of this article has at some time in their career, rightly or wrongly, experienced “the not novel enough” response from Nature and Science. It is a truism however that a vast body of amazing science published outside of Nature and Science journals still gets lots of attention and recognition.

Nature and Science have an illustrious history that began with the launch of Nature in 1869 and Science shortly thereafter in 1883. Some of the most important scientific discoveries of the last two centuries have appeared in these rival journals (http://www.nature.com/news/the-top-100-papers-1.16224; http://news.sciencemag.org/scientific-community/2014/10/uprising-less-prestigious-journals-publishing-greater-share-high-impact;). They continue to attract the largest portion of the most highly cited scientific papers from around the world, without too much competition from a myriad of journals who have tried, albeit with limited success, to achieve such privileged status.

I have been wondering for many years what miraculous feat it would take, for a new or existing journal to achieve the elite status that Nature and Science have earned since their inception. Clearly many journals have tried but have not yet managed to join the top ranks that they enjoy and I must admit that I thought the chances of achieving this objective, by ‘a new journal on the block’, was looking increasingly bleak.

On a personal note, when I have had to make the crucial decision on where to publish what I perceived to be the most important work from my materials chemistry research group, I am embarrassed to confess that I tended to choose Nature or Science over Advanced Materials, on the grounds that the work would garner a larger readership, be cited more and have a greater impact. These considerations had ramifications, for example on my research funding as well as scholarships, awards and future careers of my co-workers.

With the appearance of Advanced Science and its promise of achieving elite journal status, I now have a third and perhaps more appropriate option of where to submit the top materials papers that emerge from my research group.

The goal of the newly launched journal Advanced Science, like Nature and Science, is to publish the very best papers from all areas of science. The journal promises a high profile open-access platform for the rapid publication of the highest quality of peer-reviewed research, which I believe scientists around the world will embrace as a new and exciting home for their very best work, thereby facilitating its rise to elite status.

I should add that I enthusiastically support the emergence of open-access journals. It’s pretty unfair that most research is funded by public money, yet all the work resulting from that research gets published in journals that are not accessible unless you pay for it. Open-access journals allow anyone to be able to read and engage with the scientific literature, regardless of whether they belong to an institution that is willing to foot the bill for premium journal access or not.

On a final note, I would like to take this opportunity to wholeheartedly congratulate Kirsten Severing, the lead editor of Advanced Science, and her able colleagues at VCH-Wiley, for coming up with a creative strategy for giving the scientific community a much needed alternative to the Nature and Science monopoly and I wish them the very best in their quest for achieving elite status of their new journal.

Editorial note: MaterialsViews is published by Wiley-VCH, the same publisher as Advanced Science. However, this article was written and submitted independently by Professor Ozin, and any views expressed within should not be considered to reflect the editorial stance of MaterialsViews.