Synthesis of a rare metal complex of nitrous oxide opens new vistas for the degradation of a potent greenhouse gas. 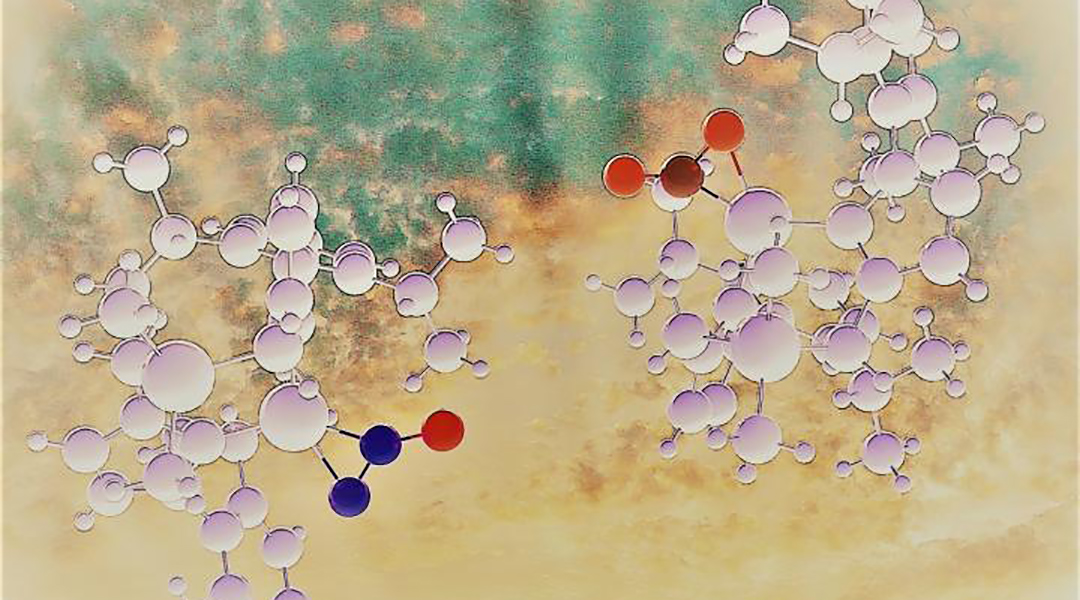 Like its chemical relative carbon dioxide (CO2), nitrous oxide (N2O) is an important greenhouse gas and the dominant ozone-depleting substance emitted in the 21st Century. Consequently, strategies for limiting its emissions and its catalytic decomposition with metals are being developed.

A comprehensive analysis of the global N2O budget has shown that its emissions have been increasing for the past four decades, with agricultural activities responsible for this growth. This is significant because even though N2O is present in the atmosphere at a concentration 1000 times less than CO2, it is approximately 300 times more potent as a greenhouse gas.

A recent study indicates that N2O can bind to metals in a similar fashion to CO2, which has helped scientists design new complexes with even stronger bonding. This could allow the use of N2O in synthetic chemistry or allow for synthetic strategies that degrade it to substances that are harmless to the atmosphere.

In nature, N2O is converted by enzymes into nitrogen (N2) and water. The process can be mimicked in a laboratory setting using catalytic metal complexes. Surprisingly, well-defined complexes of N2O with transition metals are exceedingly rare, even though CO2 has rich and well-documented coordination chemistry. The vastly dissimilar behaviour of these two related small molecules has been attributed to the poor ligand characteristics of N2O in comparison to CO2, but the origins and details of this justification are difficult to track.

“The more information we tried to find on the topic, the closer we headed to circular reasoning,” said Dr. Heikki M. Tuononen from the University of Jyväskylä, Finland. “In many cases, some property of N2O was highlighted, but they are almost all characteristic to CO2 as well”, he continues.

“This puzzle was one of the reasons why, during Dr. Tuononen’s visit to Calgary as a Killam Scholar, our research teams decided to join forces and synthesize analogous metal complexes of N2O and CO2, and study the metal-ligand interaction in detail,” said Dr. Roland Roesler from the University of Calgary, Canada.

The results of the two-year investigation showed that, contrary to the general view, the metal binding ability of N2O is equally good or even better than that of CO2.

“It appears that the oxidizing character of N2O is mostly, if not entirely, responsible for the scarcity of metal complexes employing this ligand,” said Tuononen.

“Once we had the right metal partner for N2O, their binding was strong enough that a rare side-on bound complex could be isolated and characterized even at room temperature,” continued Dr. Chris Gendy, a former Ph.D. student at University of Calgary who was partially responsible of the synthetic work.

In addition to showing that N2O has better intrinsic ability to bind to metals than heretofore recognized, the work of the two research teams allows the rational design of N2O complexes that are even more stable than the ones characterized thus far. This could, in turn, open new avenues for using N2O in synthetic chemistry.

“N2O is in many ways a great oxidant. It is thermodynamically strong, relatively cheap, and gives N2 as the only side product,” explained Tuononen.

“It would certainly be great to see more widespread use of N2O as an oxidant in metal-catalyzed reactions. At the same time, we should not forget the role it plays in the atmosphere,” added Roesler.

“Nature has found elegant enzymatic pathways to convert N2O into products that are harmless to the atmosphere. We should aim for the same with our man-made emissions using novel catalysts,” the research teams concluded.

Adapted from press release provided by the University of Jyväskylä