Scientists have found a way to reveal forbidden colors of light through a new physical effect. 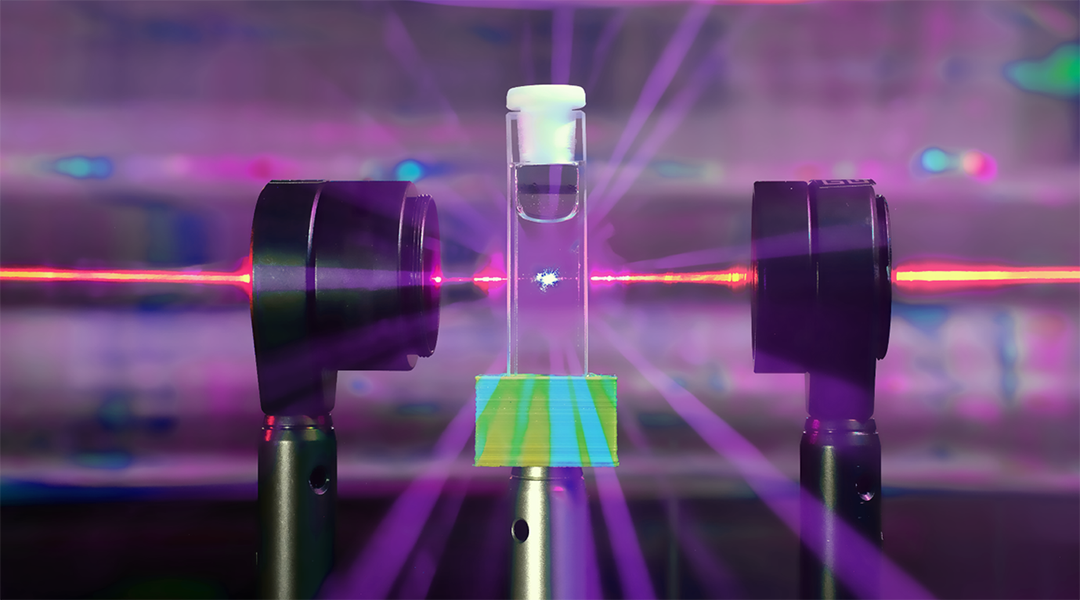 What makes a musical instrument’s sound unique? Why does a tuba sound different from a flute? In scientific terms, one would say it is the result of their timbre — the perceived sound quality of a musical note, sound, or tone, created in part by the instrument’s shape’s ability to create specific harmonics or a set of sound waves that have frequencies that are integer multiples of the initial fundamental tone.

Light also has this capability, where certain colors can produce “harmonics” when shone onto different materials — a phenomenon that has found application in fields such as medical imaging and communications. A notable example is the light we see coming out of a green laser pointer. These are actually infrared beams that are invisible to the naked eye, but when shone through a special crystal inside the device, produces a green light.

As with sound, there are also “forbidden” frequencies, where light waves are cancelled and become invisible as a result of some sort of destructive interference brought about by a material’s properties. For example, when circularly polarized light — light that is rotating at a constant magnitude perpendicular to the direction it’s traveling in — is shone onto metal nanoparticles dispersed in a liquid, certain harmonics or wavelengths of light cannot propagate along the direction of travel, and are therefore considered to be forbidden as they cancel out.

In an interesting turn of events, an international team of scientists have found a way to reveal these hidden colors through a new physical effect that they say is likely to have implications for emerging nanotechnologies. The trick was to use chiral or, according to the researchers, “twisted” nanoparticles, which have the ability to manipulate specific components of polarized light.

“The idea that the twist of nanoparticles or molecules could be revealed through even harmonics of light was first formulated over 42 years ago, by a young Ph.D. student — David Andrews,” said the study’s leader, Professor Ventsislav Valev of the University of Bath. “David thought his theory was too elusive to ever be validated experimentally but, two years ago, we demonstrated this phenomenon. Now, we discovered that the twist of nanoparticles can be observed in the odd harmonics of light as well.”

To access these forbidden colors, the researchers say they “curved” their experimental equipment. “We came very close to missing this discovery, ” said Ph.D. student Lukas Ohnoutek. “Our initial equipment was not ‘tuned’ well and so we kept seeing nothing at the third-harmonic. I was starting to lose hope but we had a meeting, identified potential issues and investigated them systematically until we discovered the problem. It is wonderful to experience the scientific method at work, especially when it leads to a scientific discovery!”

“To take a musical analogy, until now, scientists who study twisted molecules (DNA, amino acids, proteins, sugars, etc.,) and nanoparticles in water […] have illuminated them at a given frequency and have either observed that same frequency or its noise (inharmonic partial overtones),” explained Valev. “Our study opens up the study of the harmonic signatures of these twisted molecules. So, we can appreciate their ‘timbre’ for the first time.

“From a practical point of view, our results offer a straightforward, user-friendly experimental method to achieve an unprecedented understanding of the interactions between light and twisted materials,” he continued. “Such interactions are at the heart of emerging new nanotechnologies in communications, nanorobotics and ultra-thin optical components. For instance, the ‘twist’ of nanoparticles can determine the value of information bits (for left-handed or right-handed twist). It is also present in the propellers for nanorobots and can affect the direction of propagation for a laser beam.

“Moreover, our method is applicable in tiny volumes of illumination, suitable for the analysis of natural chemical products that are promising for new pharmaceuticals but where the available material is often scarce.”