Researchers have developed a new method for creating chains of molecular rings with unparalleled sophistication. 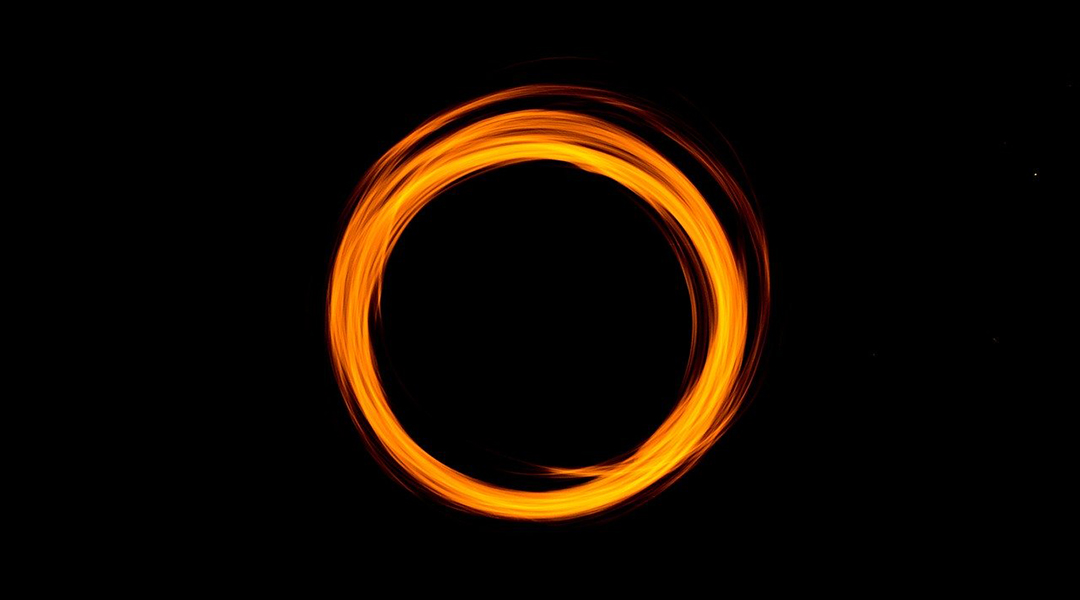 Chemists from the University of Geneva (UNIGE) have devised a new technique for creating classically forbidden chains of molecular rings using a lesser-known phenomenon called anion–π catalysis in which anionic transition states are stabilized on aromatic surfaces.

This new technique works through a rare phenomenon in chemistry called autocatalysis, in which a reaction is catalyzed by one of its products. “It’s based on mutual aid between molecules: the first molecules transformed help the next to transform, which isn’t the case during normal catalysis, which decelerates rather than accelerates,” said Stefan Matile, a professor in the Department of Organic Chemistry at UNIGE’s Faculty of Sciences and the study’s lead author.

The results of this research, published in the journal Angewandte Chemie, open up new avenues for the cyclization of molecules and interestingly provide answers to an old contradiction in classical chemistry.

The research team has been working on establishing new “contacts” between molecules to facilitate the formation of new molecular structures that are not currently possible through traditional catalysis, which uses reversible interactions such as hydrogen bonding. This new strategy is based on the interaction of large molecular surfaces called aromatics, which are molecules that contain a planar, unsaturated ring of atoms in which electrons are delocalized between alternating π bonds. In this current study, these surfaces are electron poor, which helps stabilize transition states during the molecule’s cyclization, facilitating otherwise impossible reactions.

Matile calls these surfaces “molecular plains,” which are not observed in nature and hold promise for the cyclization of chains of molecular rings. “The main characteristic of this molecular plain is the empty space it provides for molecules to assemble,” said Miguel Paraja, a researcher in UNIGE’s Department of Organic Chemistry.

The team was able to form different-sized rings (ranging from 4 to 8 atoms) in various chain sequences. While these types of rings are well-known in chemistry, “the big news was the way the transformations occurred!” added Paraja.

All these cyclizations took place autocatalytically. “With a conventional catalyst, the cyclizations are fast at the start, and then — since there is less and less substrate — they increasingly slow down,” explained Xiaoyu Hao, a researcher in the same laboratory. “But with autocatalysis, it’s the very opposite that happens!” The products begin to catalyze the reaction themselves, leading to an ever-growing reaction rate, something not commonly observed (though highly desirable) in most chemical reactions.

This discovery has also helped answer one of the oldest contradictions in classical chemistry. “There is a very well-known chain of molecular rings, called a brevetoxin, [a neurotoxin] found in the red tide and which kills fish”, said Matile. The molecule, which is a linear sequence of ten trans-fused five-, six-, eight- and nine-membered rings, was first reported by the chemist, Koji Nakanishi, who put forward an explanation for the possible construction.

But his hypothesis did not agree with fundamental rules for ring formation put forth by Jack Baldwin, which are used to explain the favorability of forming certain rings during a chemical reaction — rules that are now widely accepted as one of the pillars of classical chemistry. Nakanishi’s proposed brevetoxin ring formation, on the other hand, violates Baldwin’s rules.

Using autocatalysis, however, the team can create these forbidden rings in a single reaction. “The key to success is the large empty space offered by our new catalysts,” said Hao.

“With the discovery of autocatalysis in forming cyclic molecules, our anion–π contacts have helped us understand the most subtle way to transform the molecules that exists in chemistry, ” said Matile.

Identifying Illicit Drugs in Powdered Mixtures Using Magnetic Levitation
Bridges, wires, and a chameleon: Crossing the membrane’s fortifications
Tying up molecules as easily as you tie up your laces
Will industrial-scale photocatalysis see the light of day?