Is the electrification of the global fleet of automobiles and trucks truly a panacea for curbing greenhouse gas emissions, stabilizing global warming and ameliorating climate change or, rather, is it merely a way of shifting the problem from conventional internal combustion to electric vehicles? 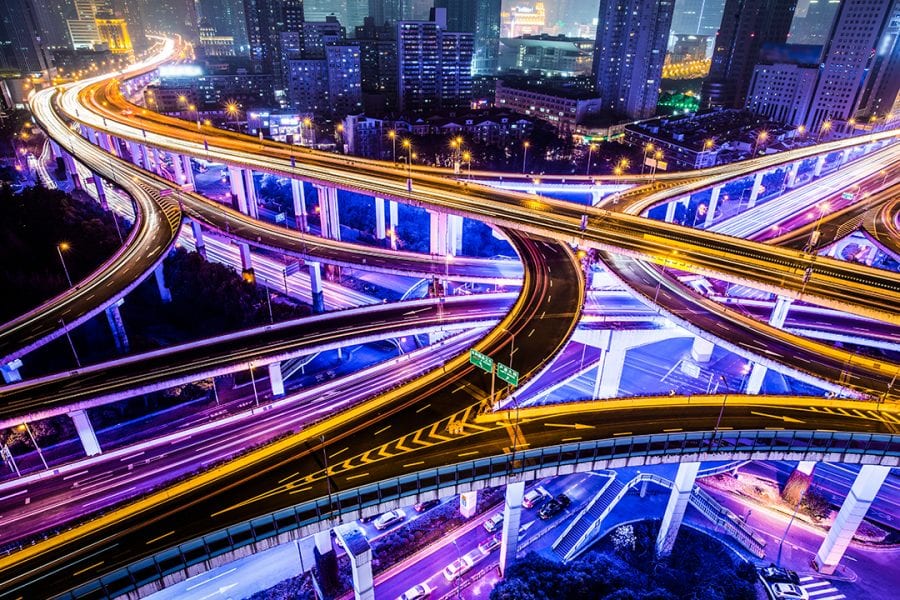 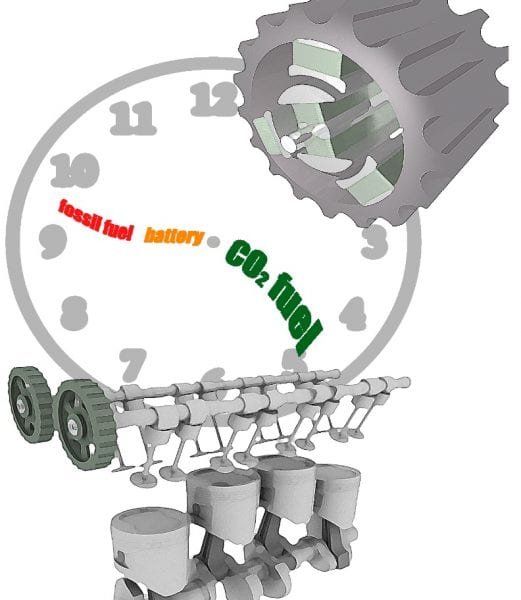 One hand of the transportation clock refers to the rapid growth of fossil fuel based ICEV in the 20th century that are transitioning to fast growing battery based EV in the early years of the 21st century. However, with CO2 sourced sustainable synthetic fuels slowly developing on the other hand, as time passes by, it might be a mainstream thrust in the future. This graphic artwork courtesy of Chenxi Qian.

Is the electrification of the global fleet of automobiles and trucks truly a panacea for curbing greenhouse gas emissions, stabilizing global warming and ameliorating climate change or, rather, is it merely a way of shifting the problem from conventional internal combustion to electric vehicles?

Currently, 86% of a 42 gallon US barrel of crude oil is utilized for transportation; more specifically, 20 gallons ends up as gasoline, 12 gallons as diesel, and 4 gallons as aviation fuel.

Despite the rapid influx of battery electric vehicles (BEV) into the automobile and light truck transportation sector, it is projected that oil production for conventional internal combustion engine vehicles (ICEV) will grow.

Globally today, there are 1.1B cars and 377M trucks on the road. They account for roughly 10% of greenhouse gas emissions and energy consumption. These numbers will to grow to 1.5B and 507M by 2025, and to nearly double to 2B and 790M by 2050. This anticipated expansion will exacerbate demands on transportation fuel, stress energy security concerns and increase worries about climate change.

Contrast these statistics with expectations that BEV will comprise about 1% of ICEV by 2025 and 10% by 2050. Although these numbers vary significantly depending on the source of the data, this growth could primarily originate through government subsidies.

The inevitable removal of these subsidies for BEV, as well as support for building BEV charging networks, together with the low cost of oil, will likely diminish the appeal of the BEV over ICEV and reduce private sector investment in their commercialization.

In addition to these market forces, the production and consumer-facing logistics of electric vehicles will further act to hamper their adoption.

The debate on the most suitable form of future ground/air transportation and renewable energy storage needs to a be a rational and fact-based discussion rather than an emotionally charged and biased argument. It is furthermore crucial to establish a link between the grand challenges to store an increasing amount of renewable energy and sustainable solutions for transportation.

Current BEV are limited to about 300 km travel per charge, hours-long recharge times, and low-temperature impairment of battery performance; these present consumers with a psychological as well as physical impediment to switch from ICEV to BEV. Perhaps it is wisest to use BEV for city and short distance travel while longer distances are better handled by ICEV.

How green are BEV compared to ICEV? It is a tricky question to answer explicitly over the entire production–use–end of life cycle of the two classes of vehicle. This is because reported inventories in the public domain provide differing levels of detail and transparency, sometimes with key pieces of information missing because of confidentiality limitations.

When comparing BEV versus ICEV options it is not just driving the vehicle that counts when judging its environmental friendliness but rather cradle-to-grave accounting, where production to utilization to end-of-life ultimately matters in comparing transportation options.

Some measures of greenness are, however, clear. Producing and charging batteries for BEV with fossil-fuel-derived electricity emits around 50% more CO2 than the ICEV. This runs counter to the motivation for electrification of transportation. Pertinently, a comparative environmental life-cycle analysis of electric and conventional vehicles claims that ownership of a BEV for upwards of 10 years is necessary before they surpass ICEV in greenness.

To minimize battery weight and extend battery life, lightweight high-performance materials are required for the construction of BEV. When accounting for the production and assembly of lithium battery anodes, metal-containing cathodes, and polymer electrolytes, as well as the environmental impact of the disposal of batteries in landfills, it becomes apparent that the greenhouse gas footprint of BEV is not so benign.

Even if the global warming potential of electrification of transportation is achievable, the impacts of metal depletion associated with the supply chain of the vehicle may jeopardise the viability of creating and sustaining a global fleet of billions of BEV.

The post-production electricity demand for a global fleet of BEV is also substantial. By 2040, the electricity demand for BEV will be around 1800 TWh. This represents about 5% of global power. To avoid overloading the electric grid, BEV charging at nighttime rather than peak load hours would be required. This would, however, stress and reduce the working lifetime of neighborhood electrical transformers sitting on utility poles roughly every 3-4 houses, as they would now be in use round the clock. Fossil-sourced electricity to fulfil this need is unacceptable. It would only contribute further to the climate crisis. Another key consideration is the mix of renewable and non-renewable electricity supplies to run BEV, which very much depends on geographic location.

Airline transportation continues to grow, ever increasing the demand for aviation fuel. There is no way around jet fuel. Currently, air travel alone contributes about 5% of global greenhouse gas emissions. With airline passenger kilometers traveled clocked in at 9T in 2015 and projected to rise to 12T by 2025 and 20T by 2040, the need for fossil fuels to power aeroplanes will continue to grow.

ICEV-compatible, CO2-sourced synthetic fuels can help solve some of these problems and rescue the ICEV from its threatened demise by the BEV. This would be a sustainable solution because synthetic fuels produced from CO2 enable a real carbon-neutral carbon cycle, whereas recycling of fossil-fuel-generated CO2 is a specious approach for ameliorating climate change, and simultaneously sidesteps the need to change consumer behavior.

Synthetic CO2-sourced fuels offer some great advantages; they can be produced and used with high flexibility, stored easily without losses over long periods and are distributed effectively using existing infrastructure.

It is important, however, to design synthetic fuels to function as ‘clean fuels’ not just standard polluting diesel, kerosene and gasoline fuels, which generate lots of toxic nitrogen oxides and soot particles, the latter originating from incomplete combustion of hydrocarbons.

Overcoming this toxicity problem is achievable by using CO2 to synthesize clean-burning fuels with carbon-oxygen bonds, such as methanol, dimethyl ether (DME) or oxy-methylene ethers (OME). It is possible to synthesize methanol and DME from CO2 and H2 but their use as fuels is limited due to their high vapor pressure and toxicity. By contrast, OME, synthesized from methanol, considered a non-toxic ‘designer fuel’ for the ICEV, offers low vapor pressure and minimal noxious tail-pipe emissions.

The challenge for CO2-sourced fuels is whether they can be operational on a commercial scale well before 2050 and at lower cost than alternatives. In addition, CO2-sourced fuels with CO2 drawn from the atmosphere will need to be cheaper and lower emitting than for example biofuels and fossil fuel petrochemicals with carbon capture, storage, and use. Making all of these fuels requires a lot of energy, which will need to be renewable. It makes sense to reduce the demand for fuel by making ICEV smaller and smaller, rather than the current trend, which is the opposite.

It is worth remarking, that there is an instinctive tendency to connect ICEV with fossil fuels. Perhaps instead it is time to envision sustainable CO2-sourced engine fuels for the foreseeable future.