A Tail of Two Pathways: Regulation of mRNA 3’ Ends During Cellular Stress

While it might not feel like it, the cells in our body are under constant stress. Cellular exposure to stress such as UV radiation contributes to DNA lesions that the cell responds to by initiating DNA repair pathways. If these lesions are not dealt with, mutations accrue, and mutations can cause disease. Part of this […] 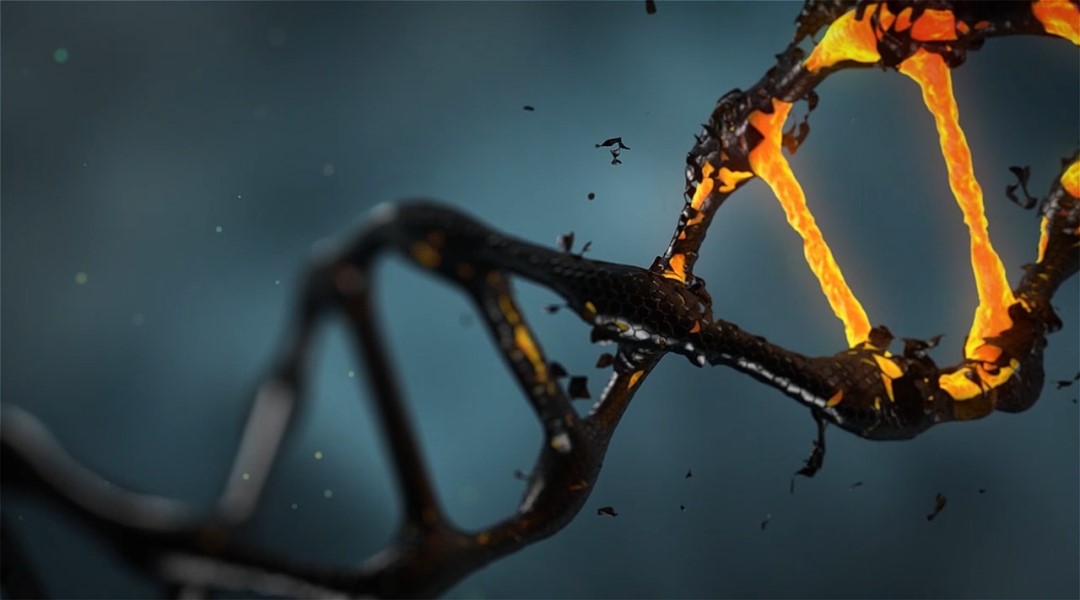 While it might not feel like it, the cells in our body are under constant stress. Cellular exposure to stress such as UV radiation contributes to DNA lesions that the cell responds to by initiating DNA repair pathways. If these lesions are not dealt with, mutations accrue, and mutations can cause disease. Part of this response is altering gene expression, which occurs at the level of messenger RNA (mRNA) transcription, translation, but also in between. The rapid nature of mRNA regulation makes it a prime mechanism for cellular response to stress, which is in many cases unpredictable. Understanding this early stage of the DNA damage response provides opportunities for therapies by targeting the cellular stages that dictate the downstream response.

Beginning at the turn of the millennium with studies describing functional interactions between factors that recognize and repair DNA damage, and factors that affect mRNA regulation, research for the past 20 years has shown the 3’ end of the mRNA to be the center of an intricate network of cooperating and competing components to enhance or repress gene expression.

In their recent study published in WIREs RNA, Dr. Michael Murphy and Professor Frida Kleiman from Hunter College, City University of New York, consolidate the published research on the mechanistic connections between the DNA damage response and mRNA 3’ end processing, as a follow up to their study 10 years prior. As the volume of published research becomes exponential, an up-to-date body of knowledge on this critical cellular junction was overdue.

One of the defining features of mRNAs, in contrast to other RNAs, is the presence of a de novo synthesized tail of adenosine (A) nucleotides at the 3’ end known as a polyadenosine (poly(A)) tail. A poly(A) tail makes the mRNA stable and competent for translation into protein. Given that adding or taking the poly(A) tail is a reversible enzymatic reaction involving a large number of factors, this reaction is ripe for regulation during the DNA damage response. For example, when damage occurs, a proliferating cell halts polyadenylation of mRNAs that promote growth. This allows time to repair DNA before cell division. Such regulation is paramount in stopping cancerous mutations propagating and why genes involved in DNA damage response are often mutated in cancers,.

mRNAs moving from the nucleus to the cytoplasm to be translated can have their poly(A) tail removed, known as deadenylation. During DNA damage response, deadenylation becomes widespread, except for a few select mRNAs, such as those that code for factors involved in repairing DNA. Binding of certain proteins to specific mRNAs controls which will have their poly(A) tail maintained or removed. Likewise, experiments have uncovered that nucleotides other than ‘A’, such as ‘G’ are found in poly(A) tails, keeping certain mRNAs from having their tails removed and allowing them to be translated to protein even during stress.

Despite the abundance of research undertaken in this field, there is still much to be explored. For example, future challenges include elucidating the role of long non-coding RNAs in DNA damage response and its link to mRNA processing.

We look forward to what these insights will be when the field turns 20 and beyond.

Octopus suckers inspire soft robotic arms
Business as usual … on the edge: Neuronal outgrowths do their own maintenance
Fossils provide new insights into the evolution of bones
Skin pigment properties and the importance of heterogeneity