A Step Toward Quantum-Coherent Circuits

A train of single-electrons propagating on top of the Fermi sea of a mesoscopic conductor can be used for time-domain spectroscopy of quantum-coherent structures. 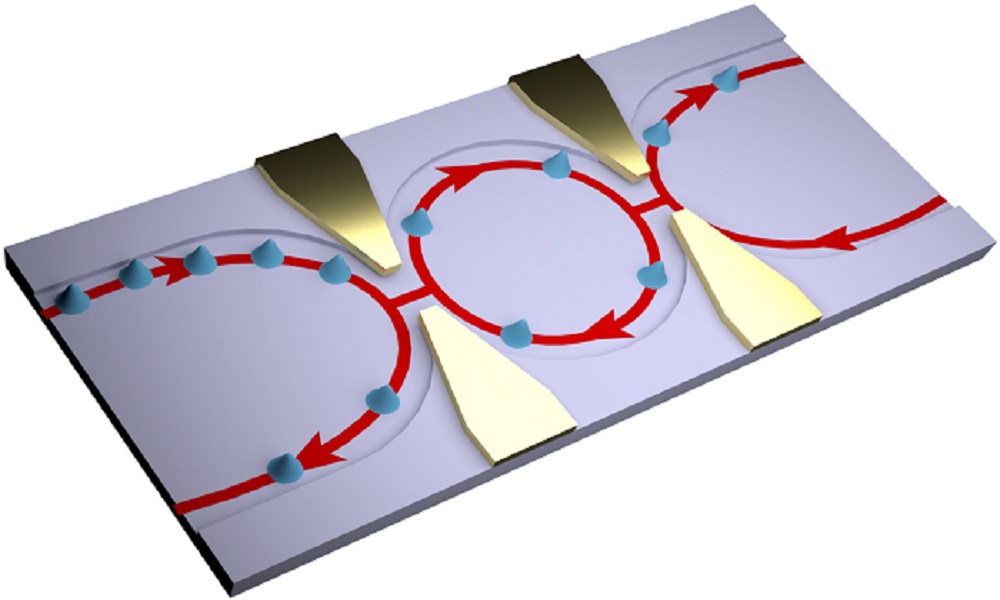 A central goal in quantum technology is to develop nano-scale circuits in which single charges are emitted on demand and coherently manipulated using beam splitters and interferometers, similar to how photons are used in quantum optics experiments.

The recent development of single-electron sources has led to the emergence of quantum coherent electronics, a promising alternative to quantum optics, opening a major avenue of research in nano-electronics. However, to facilitate further progress toward on-chip experiments with single electrons, a detailed understanding of the quantum coherent circuits is needed.

By injecting a periodic train of single-electrons into a mesoscopic conductor and monitoring their arrival in the output channels, Professor Christian Flindt of Aalto University, Professor Michael Moskalets of NTU “Kharkiv Polytechnic Institute”, and co-workers now propose a novel spectroscopy method to determine the characteristic timescales of quantum-coherent circuits.

When one applies energy to a water, waves are created at its surface. Similarly, a voltage pulse applied to the electronic Fermi sea of a conductor produces a complicated quantum state formed by many electrons and holes (the empty states that electrons leave behind when excited). Remarkably, a high-frequency Lorentzian-shaped voltage pulse applied to an electric contact leads to the emission of exactly one electron, leaving the background Fermi sea unaffected. These clean electronic excitations can be interpreted as a lone wave carrying a single electron charge over the unaltered surface of the Fermi sea. Honoring this theoretical prediction by Levitov and co-workers, such single-particle excitations have been termed levitons. 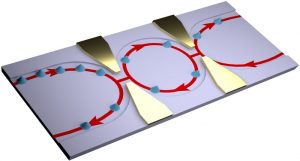 Time‐domain spectroscopy using voltage pulses. An electronic Fabry–Pérot interferometer can be realized with the chiral edge states of a quantum Hall sample, and two QPCs acting as semitransparent mirrors.

These experiments open a pathway to future quantum information processors using high-frequency dynamic single-electron sources and detectors; circuit architectures are already being constructed by coupling single-electron emitters to the edge states of a quantum Hall conductor, which serve as rail tracks for levitons, guiding them to electronic beam splitters and particle interferometers.

The development of a fast, single-electron detector would complete the toolbox for quantum optics experiments with electrons, and may circumvent some limitations of finite-frequency noise measurements, which are often demanding at high frequencies and typically restricted to a fixed frequency. 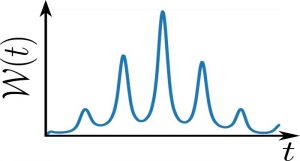 The distribution of waiting times () between electrons arriving in the outputs contains detailed information about the interferometer.

When a periodic stream of levitons is emitted into one input of an electronic conductor, levitons may reflect back or be delayed inside it before reaching an output. By monitoring the arrival of levitons in the outputs and controlling the period of emission, the authors propose a novel spectroscopy method that works in the time domain.

The waiting time between consecutive arrivals does not take completely random values but shows a dependence on the delays that the levitons experience inside the mesoscopic conductor. The statistical distribution of waiting times between transmitted levitons thus contains detailed information about the intrinsic timescales of the electronic device. This spectroscopic method benefits from the particle-like behavior of the levitons, while still being sensitive to their quantum statistics.

This unique combination makes this novel scheme promising for the characterization of quantum-coherent circuits and provides a practical alternative to finite-frequency noise measurements.

The progress in single-particle emission and detection suggests that this theoretical proposal may soon be within experimental reach. The missing element is a fast detector of charge pulses, however, initial experiments in this direction have already been reported. For example, the shape of few-electron charge pulses was measured using quantum point contacts operated as fast switches.

“Levitons are ideally suited for quantum metrology and could become the electronic equivalent of photons in future solid-state experiments emulating quantum optics,” says Dr. Pablo Burset.”In our work, we show how the accurate emission and detection of single-electron charge pulses can be used to obtain valuable information about the quantum circuit in which they propagate. ”