A groundbreaking technique produces tetrataenite, a material used in permanent magnets only found in meteorites. 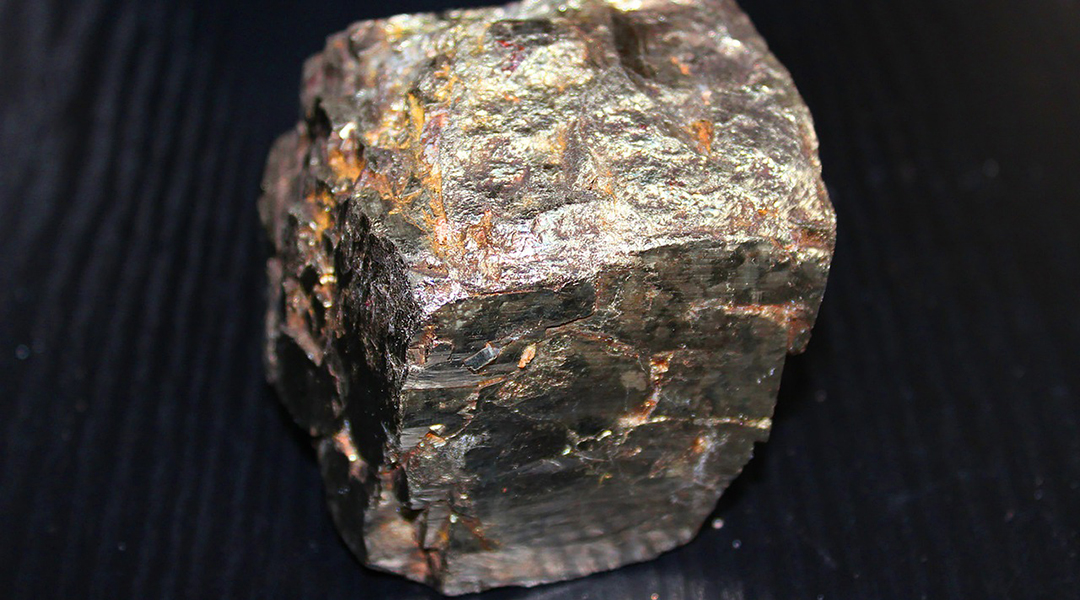 Permanent magnets are widely used in industry, playing a particularly important role in power generators and motors. The best magnets are made of rare-earth metals, but as their name suggests, these elements are not ubiquitous in nature.

Moreover, mining them is not environmentally friendly, and there are also concerns over the security of the rare-earth supply chain, prompting researchers to look for alternatives. The most popular, so far, is an alloy called tetrataenite, made of an equal amount of iron and nickel arranged in a specific three-dimensional tetragonal pattern.

In nature, the formation of this atomic structure requires very specific conditions; namely, an extremely slow cooling of the alloy, which results in a change in the relative position of the atoms within the material’s crystal lattice. For many years, scientists believed that the main source of tetrataenite on Earth came from iron-based meteorites. While traveling through space, these materials cool at a rate of a few degrees over million years as cooling occurs very slowly for a body (such as a meteor) that is already quite cold.

Even if this cooling rate could be achieved in a lab, it would be completely impractical for the industrial production of magnets. Scientists have therefore developed other techniques of obtaining the necessary atomic pattern in this iron-nickel alloy.

Although they have succeeded in doing this, all methods, which include the irradiation of the alloy with electrons, neutrons, or ions, have been limited to only surfaces or small material cross-sections, making them unsuitable for creating large magnets.

Faster cooling with the help of phosphorous

To overcome these limitations, a team of researchers led by Yurii Ivanov of the Istituto Italiano di Tecnologia and Lindsay Creer of the University of Cambridge studied the cooling process of the iron-nickel alloy in more detail, and found that if phosphorus is mechanically added to the mixture of the two atoms, tetrataenite is formed at a cooling rate of 11–15 orders of magnitude higher than previously thought due to subtle interactions between phosphorous, iron, and nickel.

They worked with various millimeter-sized rods and buttons of roughly hemispherical shape, all made from alloys with different quantities of nickel, iron, and phosphorus. The scientists heated the samples to a temperature of roughly 1,000 degrees Kelvin at a rate of about 1 degree per second, then cooled them down at a comparable rate and measured the amount of the alloy that formed with the appropriate atomic pattern.

The result appeared to be truly groundbreaking as the technique produced an alloy in which 60% of the material’s crystal structure contained the desired atomic pattern, making it suitable for making real magnets.

Analysis of the crystal lattice showed that the size and shape of the tetragonal cell coincided with those found in the alloy of meteoric origin, confirming the researchers’ expectations.

In the paper published in Advanced Science, the scientists noted that despite this impressive result, it may be possible to further improve the efficiency of the tetrataenite formation process by carefully tuning the quantities of elements in the alloy. In addition, they believe that its magnetic properties will be improved if it is placed in a magnetic field during the cooling process.

An interesting feature of this study is that technological advances, such as this, can lead to a change in our understanding of a physical phenomenon, such as how this alloy forms on meteors.

The fact that scientists were able to obtain the alloy so quickly may indicate that it is also formed in meteorites in a much shorter time frame than previously thought, and the team speculates that these environments may also contain phosphorus given their results. This calls into question the correctness of our understanding of meteorites, their origin and formation, which should be addressed in future research.