A new technique to enhance the catalysis of nobel metal aerogels 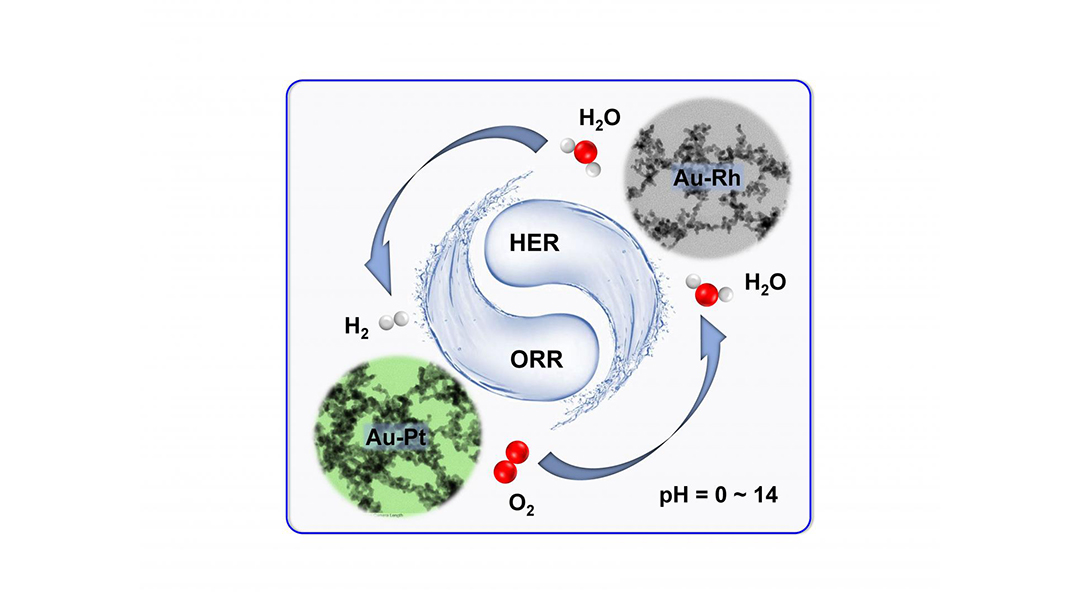 Noble metal aerogels emerge as a new class of outstanding electrocatalysts due to the combined high catalytic activity of noble metals and unique structural/supporting attributes of aerogels. Studies have shown that using aerogels can in some cases enhance the catalytic activity of the “suspended” metals and improve thermal stability leading to increased lifetime of the catalyst. However, limited by the available compositions, the explored electrocatalytic reactions on noble metal aerogels are highly restricted and certain important electrochemical processes have not been investigated.

Now, a team of researchers from the Technische Universität Dresden has expanded the composition of this class of materials to include various multimetallic systems and providing a platform to investigate their composition-dependent electrocatalytic performance.

By adopting a strong salting-out agent (i.e. ammonium fluoride) as an initiator to trigger gelation, the composition of the noble metal aerogel was extended to various bi- and trimetallic systems, not yet achieved in this field. Notably, the Au-Rh aerogel and Au-Pt aerogel manifested extraordinary pH-universal performance for HER and ORR electrocatalysis, respectively, both of which considerably outperform commercial Pt/C (platinum on carbon) in wide pH environments.

“Further research directions may be placed on morphology-controlled synthesis, and the establishment of the correlations between the structural features of nobel metal aerogels and their electrocatalytic properties,” said Ran Du, one of the study’s corresponding authors.