A logic circuit made from DNA

Changing the shape of soft matter using circuits made from DNA. 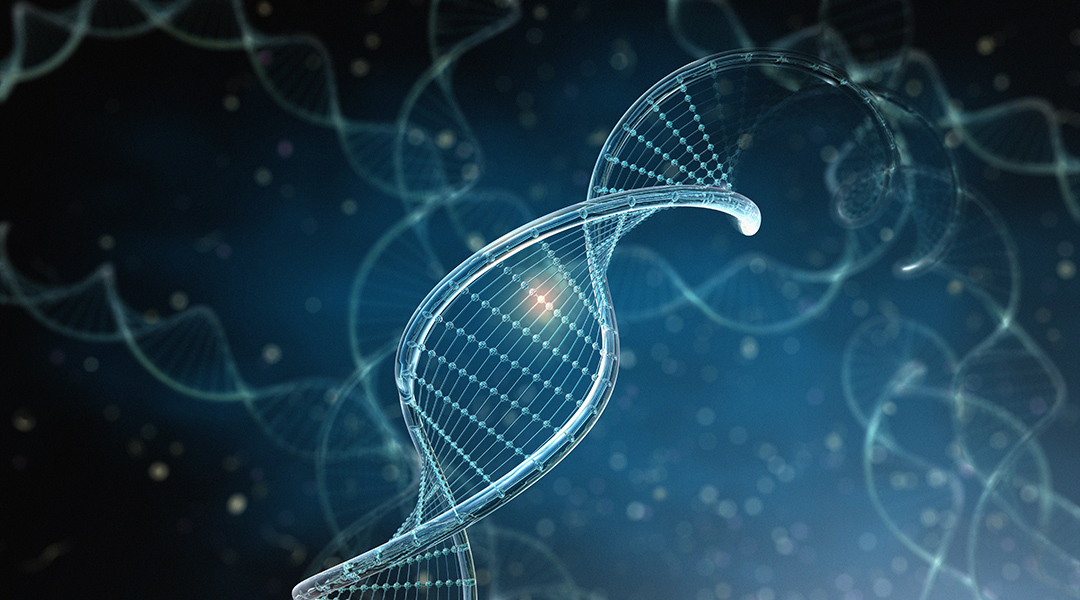 The myriad of processes occurring in biological cells may seem unbelievably complex at first glance. Yet, in principle, they are merely a logical succession of events, and could even be used to form digital circuits.

Researchers have now developed a molecular switching circuit made of DNA, which can be used to mechanically alter gels, depending on the pH. DNA-based switching circuits could have applications in soft robotics, say the researchers in their article in Angewandte Chemie.

DNA is a long molecule that can be folded and twisted in various ways. It is comprise of a backbone with bases that stick outward in order to pair up with their counterparts in other DNA strands. When a series of these matching pairs comes together, they form a twisted, ladder-like double strand — the familiar DNA double helix.

The flexibility of DNA, which makes it possible to produce bends, loops, and a wide variety of other shapes, has inspired researchers to build DNA switches. These switches change shape after receiving an input, and can then affect their surroundings.

Hao Pei from Shanghai Key Laboratory of Green Chemistry and Chemical Processes at the East China Normal University in Shanghai and colleagues have now developed a configurable, multi-mode logic switching network that reacts differently with its surroundings depending on pH and DNA input. All the components of the switching circuit were produced from DNA.

The team developed a series of four DNA switches, each with slightly different lengths and combinations of bases. These variations meant they reacted differently with a single DNA strand depending on the pH of their surroundings. For example, at a slightly alkaline pH of 8, two of the switches formed triple-stranded DNA (triplexes), while the others remained loosely stretched out. These reactions and folds led to secondary reactions, which were utilized by the researchers as logic functions in the switching circuit. The result was, for example, a fluorescent signal that could be read as an output.

To demonstrate the use of the switching circuit in a real mechanical system, the team incorporated the DNA switches into polyacrylamide gels. The DNA acted as a crosslinker, joining the polymer molecules in the gel together. The shorter the crosslinker, or the more folded the DNA, the denser the gel became.

Once a piece of DNA with matching bases was added as an input, a logic circuit was set in place, causing the DNA switches to unfold, form triplexes, or relax. The reaction circuit was also dependent on the pH. As a result, certain combinations of DNA input and pH range caused the DNA crosslinker to grow longer and the gel to swell up, in some cases nearly doubling in size.

As DNA switches have almost infinite possibilities for combinations of twists and folds, the researchers consider their switching circuits to be a vital step toward soft matter robotics, where controllable, miniaturized logic functional networks are important.