A glimpse inside a working battery 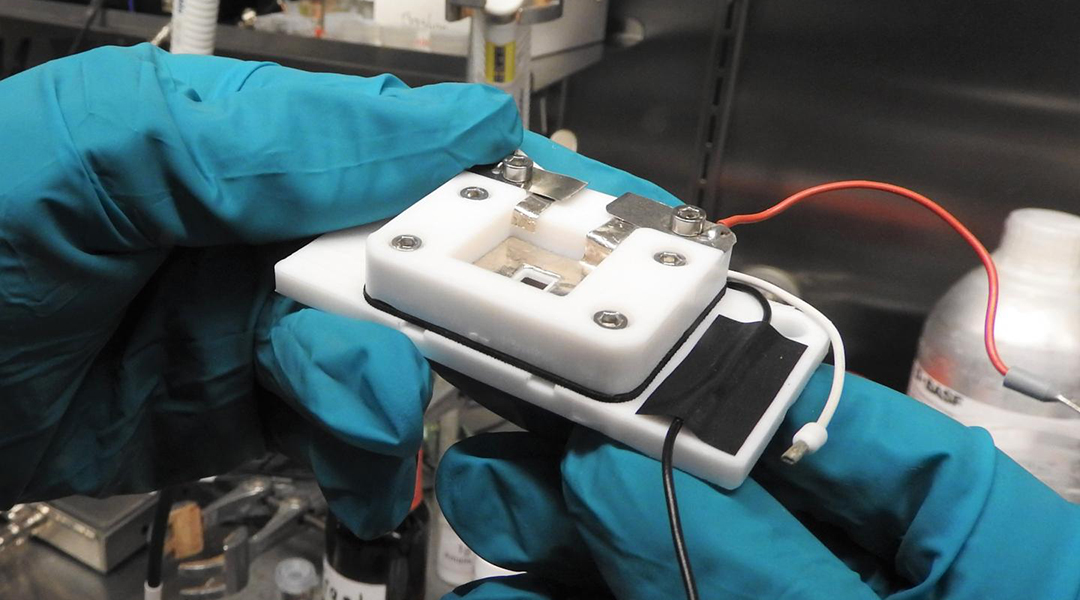 Batteries have revolutionized energy storage, converting chemical energy to electrical energy that is used to power a wireless world. But what exactly happens inside a battery at the microscopic level?

We of course know that charged particles travel from a positively charged electrode, called the cathode, and make their way to the negative anode, creating the electric current. Interestingly, in most lithium-ion batteries, an ultra-thin layer called a solid electrolyte interphase (SEI) forms on the anode during the first few charging cycles. This layer is important in preserving a battery’s longevity as it protects the reactive anode as well as the battery’s electrolyte from degradation.

Studying SEI formation, its composition and role during battery charge and discharge is usually carried out outside of the battery. But directly observing the changes that take place in these complex layers, which are micrometers thick, would provide a more accurate picture for scientists to understand them and develop better materials for more efficient, eco-friendly, and durable batteries.

To this end, a team of scientists led by Professor Gunther Wittstock of the University of Oldenburg recently presented a new technique for live observation of processes that until now have been largely unobservable in a working battery.

According to the study, which was recently published in the journal ChemElectroChem, the team observed in real-time the protecting properties of the ultra-thin SEI layer using an imaging technique called scanning electrochemical microscopy (SECM) that is used to measure the local electrochemical behavior of liquid/solid, liquid/gas, and liquid/liquid interfaces.

To look inside a working battery, the team created a “measuring cell”, which was built using 3D printers and CNC micro-milling machines, and used to mimic the conditions of a real battery. The cell contained a working and counter electrode, and to carry out their SECM measurements, a central opening was created into which a SECM microelectrode measuring probe was inserted near the working lithium electrode to monitor conditions.

The team then intermittently scanned the surface of the measuring probe at intervals of just a few micrometers to collect chemical information about the forming layer. “By repeating this process several times we can track changes on the sample’s surface like in a flipbook,” Wittstock explained.

The team’s new in situ technique allowed them to observe processes on the lithium anode with incredible accuracy, such as fluid deposition on the anode and the formation of dendrites — branching, rigid structures that can damage the battery and limit their durability.

“The breakthrough in our study consists in the fact that for the first time ever we were able to carry out such processes at realistic current densities directly within the measuring apparatus and visually monitor their effects,” Wittstock stressed. The technique could also be used on other types of electrodes, he added, explaining that the long-term objective was to study how different pre-treatment steps influence the formation of a protective boundary layer on electrodes.