A fail-safe to keep batteries from catching fire

A "spillway" for electrons could keep lithium metal batteries from catching fire. 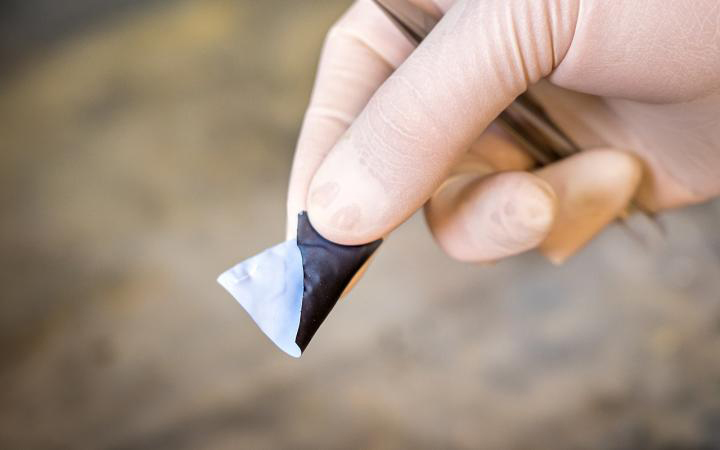 Lithium metal batteries have long been promised as the “next generation in battery storage”, touting the ability to deliver at least double the amount of energy compared to current lithium ion batteries. While this sounds great on paper, scientists have not yet been able to follow through due to the infamous catastrophic battery failure, which results from the formation of dendrites — tiny, rigid, crystalline structures that grow on lithium metal anodes during recharging — that can compromise the battery’s structural integrity, which leads to some serious safety concerns.

Now, researchers from the University of California San Diego have developed a new safety feature that can circumvent some of these problems. “We’re not trying to stop battery failure from happening,” said Matthew Gonzalez, Ph.D. student and first author of the paper, “we’re making it much safer so that when it does fail, the battery doesn’t catastrophically catch on fire or explode.” Their findings were recently published in Advanced Materials.

Dendrites cause battery failure when they become so long (and sharp) that they pierce a component of the battery called the separator, which is primarily responsible for preventing short circuits and overheating. It separates the anode and cathode and controls movement of ions between the two during charge and discharge. Thus, when the separator gets pierced, the flow of ions gets out of control, resulting in large amounts of heat, melting of the separator, and eventual battery failure.

While preventing damage to the separator is of course important and an actively pursued area of research, according to the team, “a separator that can allow controlled and safe shorting of a battery is an attractive alternative to separators that block and simply prolong time to catastrophic failure”. They therefore developed a partially conductive separator by covering the anode side of the separator (where all the dendrites form) with a thin web of carbon nanotubes, which can intercept dendrites and discharge the excess current away from the cathode. This ultimately improves the battery’s overall stability and results in a safer, and (to quote the authors) a much gentler short circuit.

According to Gonzalez, the concept is based on spillways used in dams: “When a dam starts to fail, a spillway is opened up to let some of the water trickle out in a controlled fashion so that when the dam does break and spill out, there’s not a lot of water left to cause a flood. That’s the idea with our separator. We are draining out the charge much, much slower and preventing a ‘flood’ of electrons to the cathode. When a dendrite gets intercepted by the separator’s conductive layer, the battery can begin to self-discharge so that when the battery does short, there’s not enough energy left to be dangerous.

The team showed that their new separator was able to self‐discharge over more than 25 charge/recharge cycles, which was contrasted by a sudden voltage drop and complete failure using a single layer separator.

The team expects this design to also be effective in lithium‐ion batteries where internal short circuits are known to develop due to mechanical compression or conductive filament growth caused by manufacturing defects or overcharging. As a result, the design could find quick adoption in current battery technologies and facilitate the advancement of future higher energy density batteries.