A novel ruthenium electrocatalyst based on carbon quantum dots (CQDs) for the hydrogen evolution reaction (HER), using ginkgo leaves as a starting material, is developed. 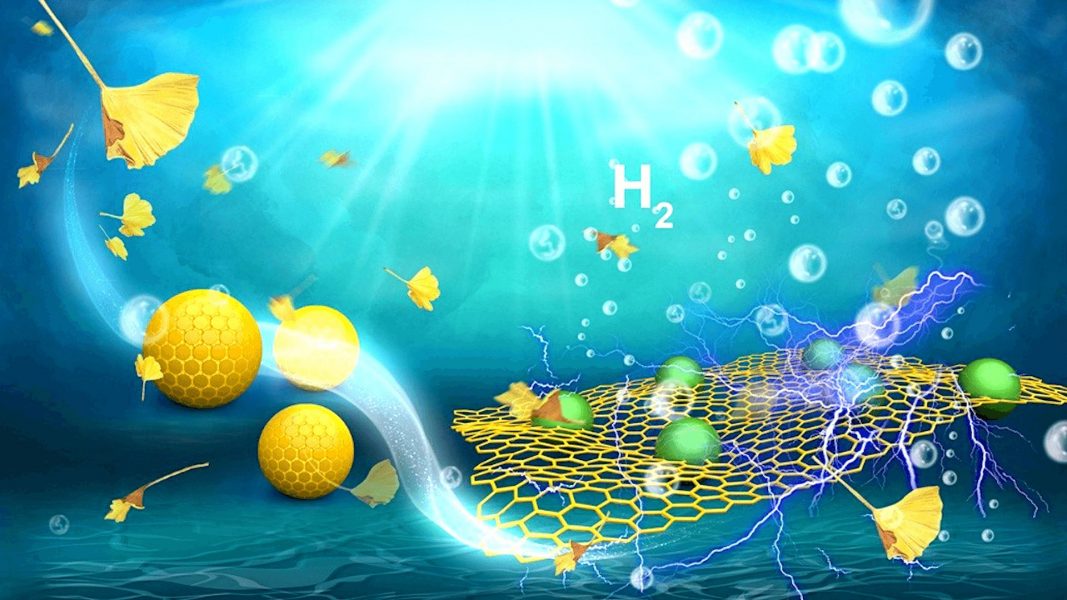 Clean and sustainable energy technologies are valuable for future generations. Hydrogen is promising as an energy source if it can be harvested efficiently.

Ginkgo leaves were used as the carbon source in the fabrication of ruthenium on carbon dots (Ru@CQDs). Compositional analysis revealed a homogeneous distribution of carbon, nitrogen, oxygen, and ruthenium on the surface of Ru@CQDs.

The performance of Ru@CQDs in alkaline solution for the hydrogen evolution reaction (HER) was found to be far superior than Ru powder, Ru on carbon (Ru/C), and commercial platinum on carbon (Pt/C).

The excellent HER catalytic activity of Ru@CQDs loaded in nitrogen-doped CQD layers was investigated using density functional theory. A collaborative effect between N and Ru toward the adsorption and dissociation of water was shown, which may explain the superior HER activity of these hybrid Ru@CQDs.