A Bitter Pill for Counterfeiters: Labeling Drugs with QR Codes 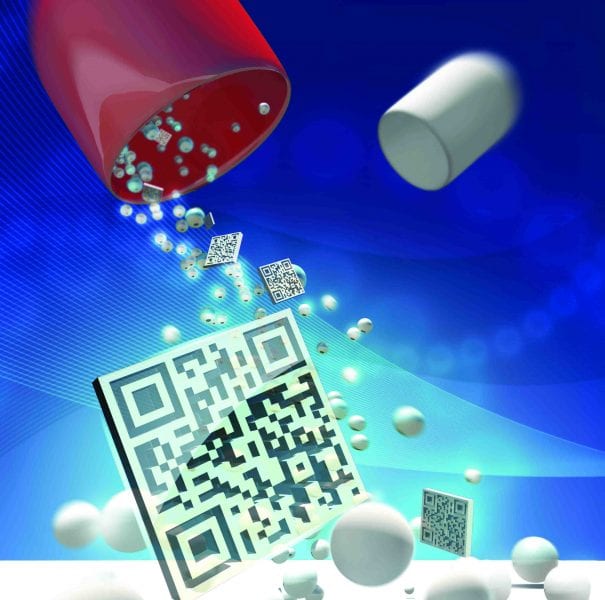 Counterfeit pharmaceuticals are a growing problem globally, endangering the lives of patients. Apart from the dangers of counterfeit drugs available on the internet or on the black market, inappropriate or out-of-date ingredients can even enter the legitimate drug supply chain during the repackaging or distribution of drugs in their raw or bulk form. Pharmaceutical companies have been using packaging-oriented authentication in the form of printed marks and optical tags to combat counterfeiting.  These markings can be faked by sophisticated counterfeiters and, besides, they cannot be used to verify the drug ingredients.

On-dose-authentication technology (ODA) is a way to tag the pharmaceuticals at the point of formulation so that the drug itself can be identified independently of its packaging. A superior method of ODA is the microtaggant, a microscopic and traceable particle added to materials or products for identification. Counterfeiters lack the tools to fake the micrometer-scale microtaggant, often a barcode containing, for example, the producer name, lot number, date of production, and expiration date. This conventional method does not have a high information capacity and restoring data from a damaged code is impossible because the simple graphical encoding scheme has no error-correction algorithm. 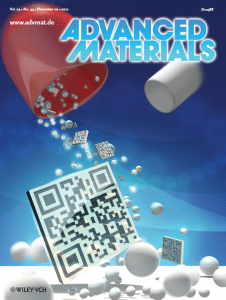 The front cover of this issue of Advanced Materials illustrates a new weapon for use in the battle against counterfeit drugs, a microtaggant labeled with a QR code, the 2D matrix code familiar to smartphone users everywhere. A QR code can contain more information than a barcode and multilevel coding allows data from a partially damaged code to be recovered. The code can be read from many directions, which helps in high-speed identification. Prof. Wook Park, Prof. Sunghoon Kwon, and co-workers use lithography to fabricate QR coded-microtaggant from a photocurable polymer and a fluorescent monomer. The fluorescent monomer gives the QR code a vivid color, allowing it to be read with a digital detector. A fluorescent image of the microtaggant is shown below. The code in the image could be decoded using a common smartphone application.  The authors also showed that the code could be read even when the pattern was partially damaged. And, more importantly, that the microtaggant system was edible and non-toxic.

The authors have even included some real live QR codes in our cover image. See if you can read the code with your smartphone!