Electroluminescence caused by the transport of interacting electrons through parallel quantum dots in a photon cavity is presented. 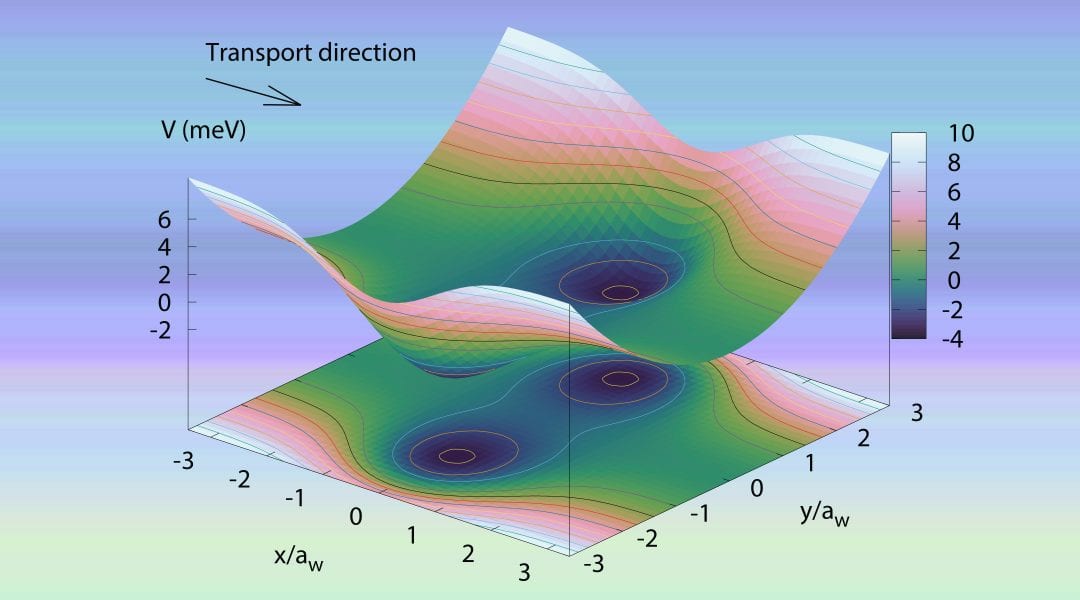 Two states in an electron system can be brought into a resonance with a photon field in a cavity to enhance the effective electron-photon coupling. The resonance
can be thought of as a continuous emission and absorption of photons. Commonly, this is set up between the ground state of the system and a dipole active excited state.

The electron-photon interaction responsible for the resonance is then the paramagnetic interaction that can be represented by a spatial integral of the charge current density of the electrons and the vector potential of the electromagnetic field. The much weaker diamagnetic interaction represented by a spatial integral of the charge density and the square of the vector potential also contributes, but usually this contribution is lost due to the much stronger paramagnetic
interaction. In an anisotropic two-dimensional system like two closely spaced quantum dots it is possible to find an excited state that allows no dipole transition for one polarization of the photon field to the ground state, but a strong one for the other polarization as the wavefunction can have even parity in one direction, but odd in the other. 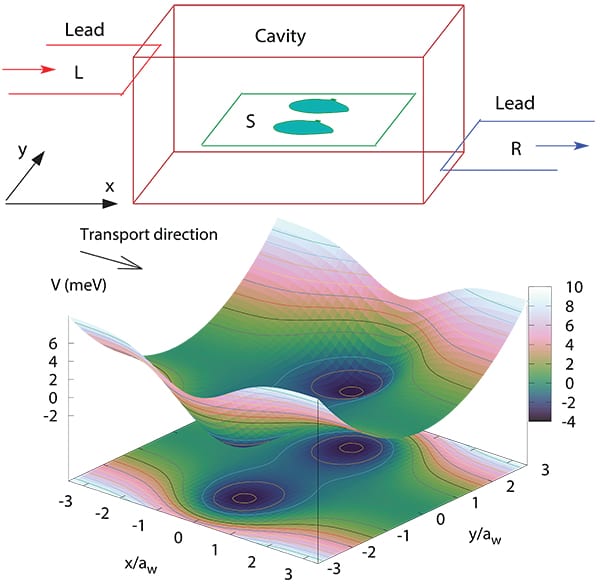 In an article published in Annalen der Physik, an international team of researchers models the transport of electrons through anisotropic parallel double quantum dots placed in a photon cavity. They study the properties of the photon emission from the leaky cavity for a 3D FIR cavity field polarized along or perpendicular to the transport direction, identifying both conventional electroluminescence, when electrons generate photons by entering the system into an excited state, but leave it through the ground state, and the more exotic version when an electron enters the system and leaves it through the ground state emitting a photon. The latter process is a kind of a vacuum effect possible in systems with strong electron-photon coupling.

The team points out that anisotropic semiconductor electron systems placed in 3D photon cavities might be ideal to study the elusive effects of the diamagnetic electron-photon interaction.