A unique form of carbon could lower the cost of dye-sensitized solar cells. 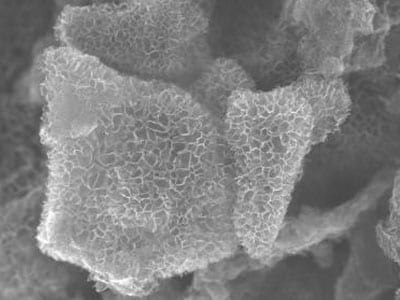 Dye-sensitized solar cells are thin, flexible, easy to make and very good at turning sunshine into electricity. However, a key ingredient is one of the most expensive metals on the planet: platinum. While only small amounts are needed, at $1,500 an ounce, the cost of the silvery metal is still significant. Yun Hang Hu from Michigan Technological University has developed a new, inexpensive material that could replace the platinum in solar cells without degrading their efficiency: 3D graphene. 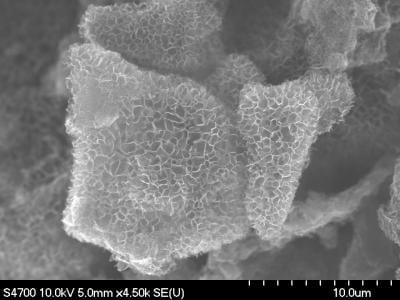 Regular graphene is a famously two-dimensional form of carbon just a molecule or so thick. Professor Hu and his team invented a novel approach to synthesize a unique 3D version with a honeycomb-like structure. To do so, they combined lithium oxide with carbon monoxide in a chemical reaction that forms lithium carbonate and the honeycomb graphene. The Li2CO3 helps shape the graphene sheets and isolates them from each other, preventing the formation of garden-variety graphite. Furthermore, the Li2CO3 particles can be easily removed from 3D honeycomb-structured graphene by an acid.

The researchers determined that the 3D honeycomb graphene had excellent conductivity and high catalytic activity, raising the possibility that it could be used for energy storage and conversion. So they replaced the platinum counter electrode in a dye-sensitized solar cell with one made of the 3D honeycomb graphene. Then they put the solar cell in the sunshine and measured its output.

The cell with the 3D graphene counter electrode converted 7.8 percent of the sun’s energy into electricity, nearly as much as the conventional solar cell using costly platinum (8 percent). Synthesizing the 3D honeycomb graphene is neither expensive nor difficult, said Hu, and making it into a counter electrode posed no special challenges.